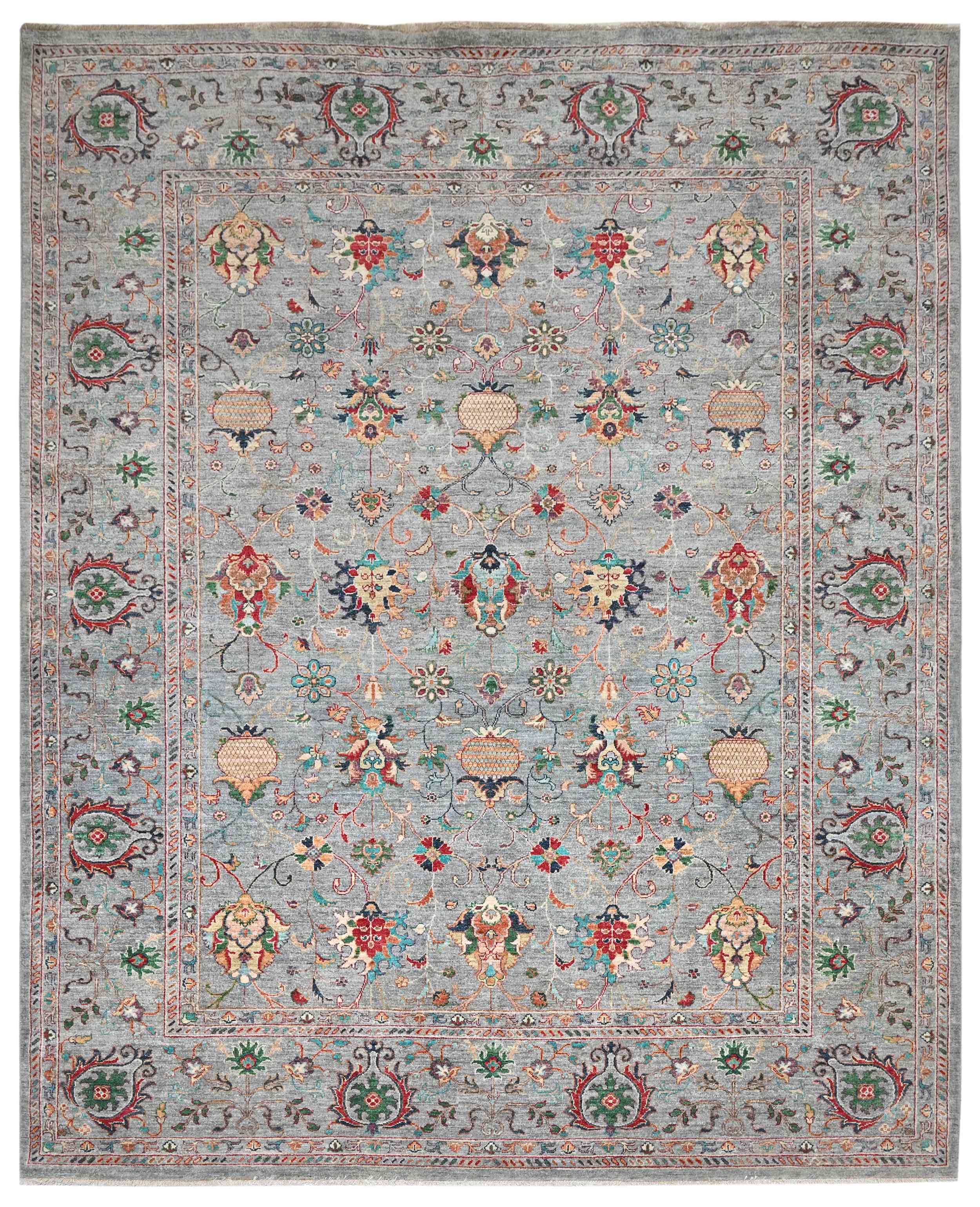 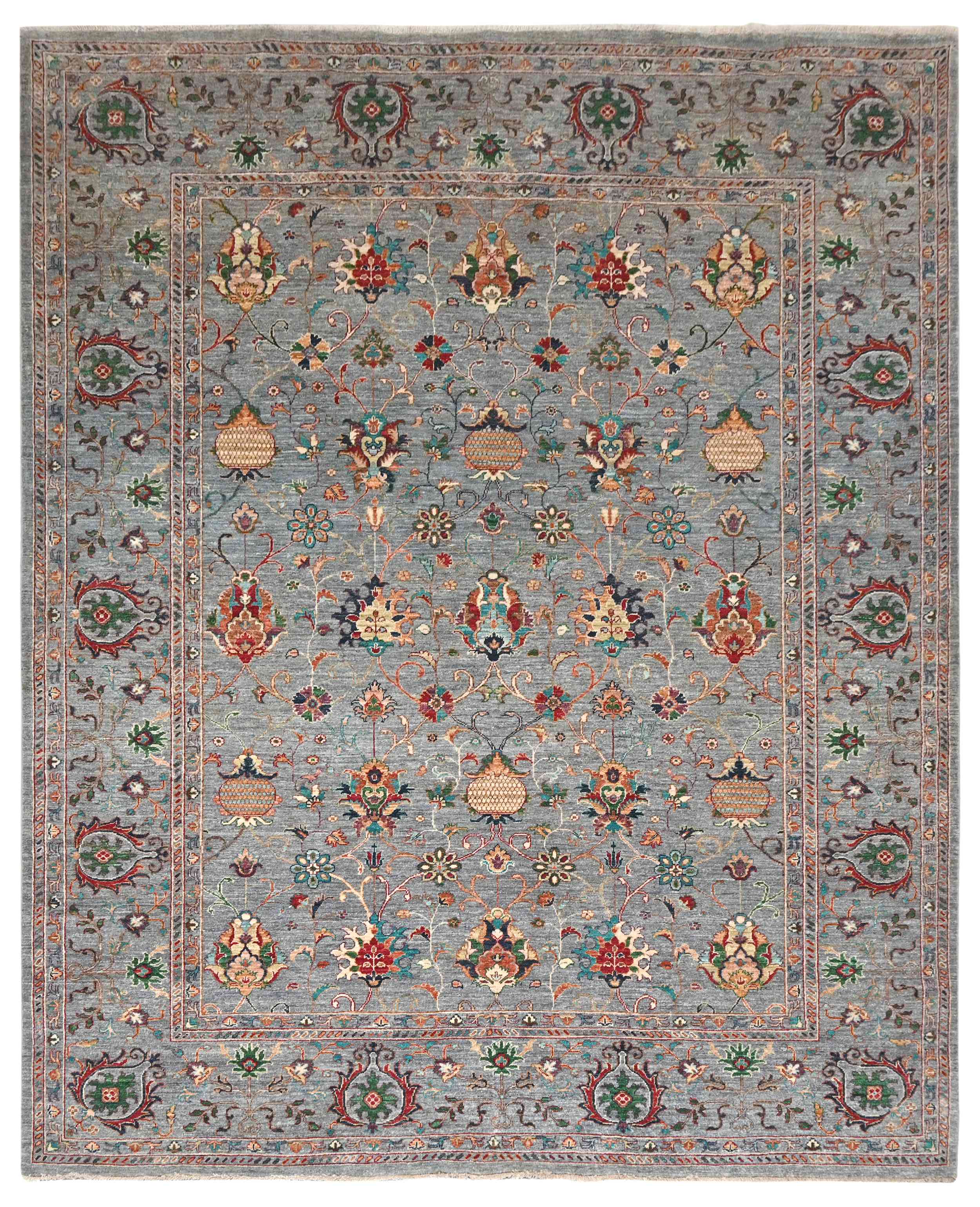 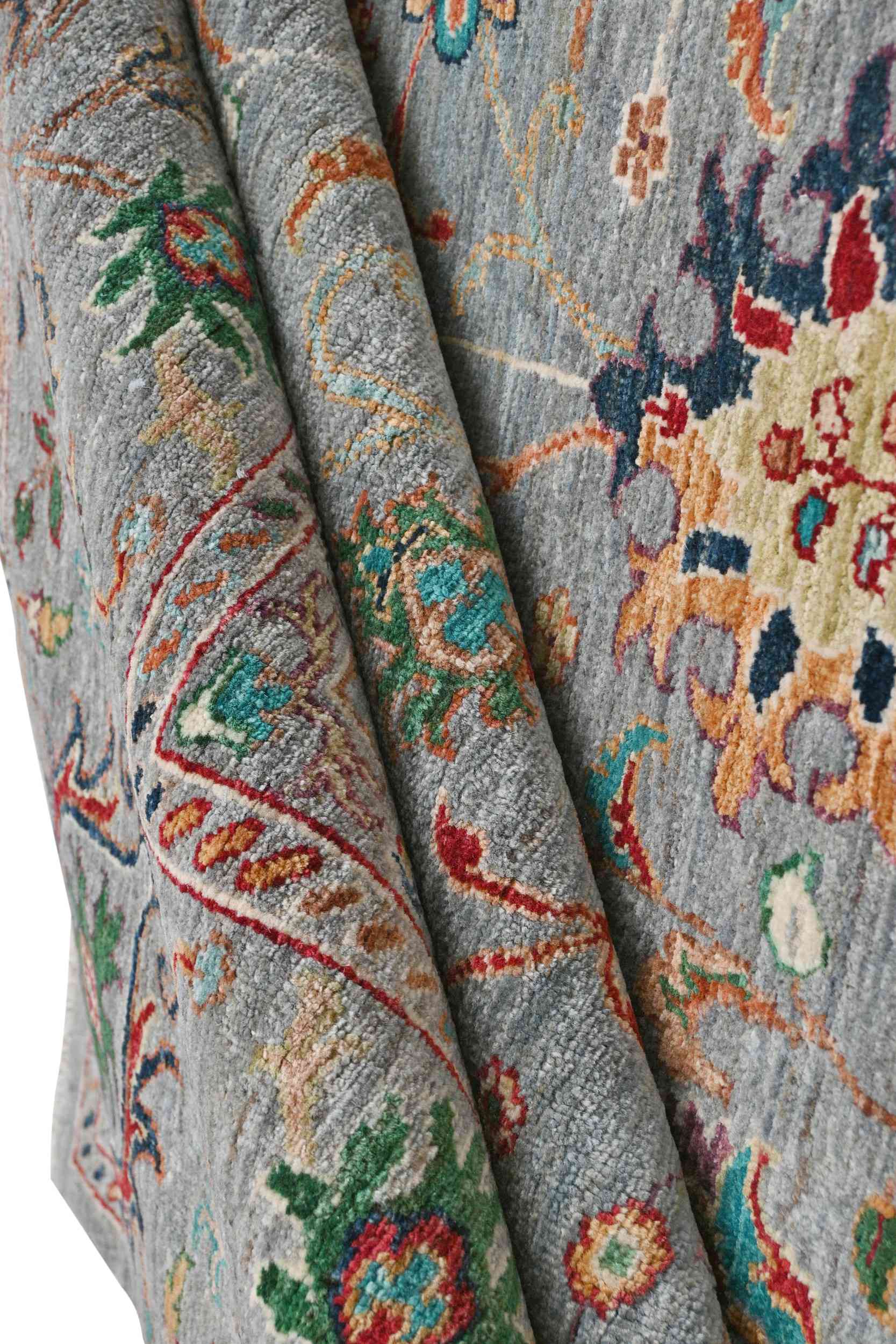 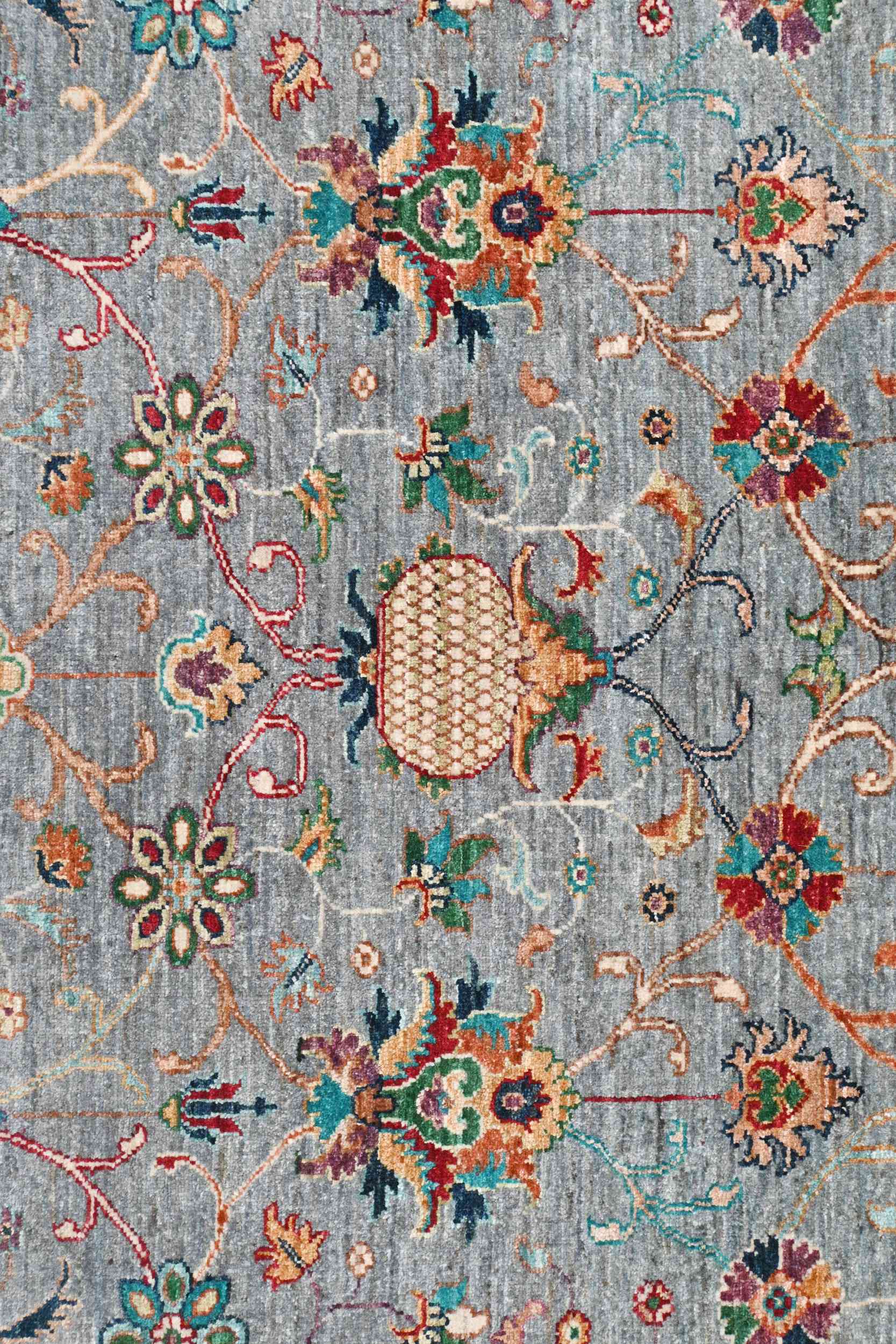 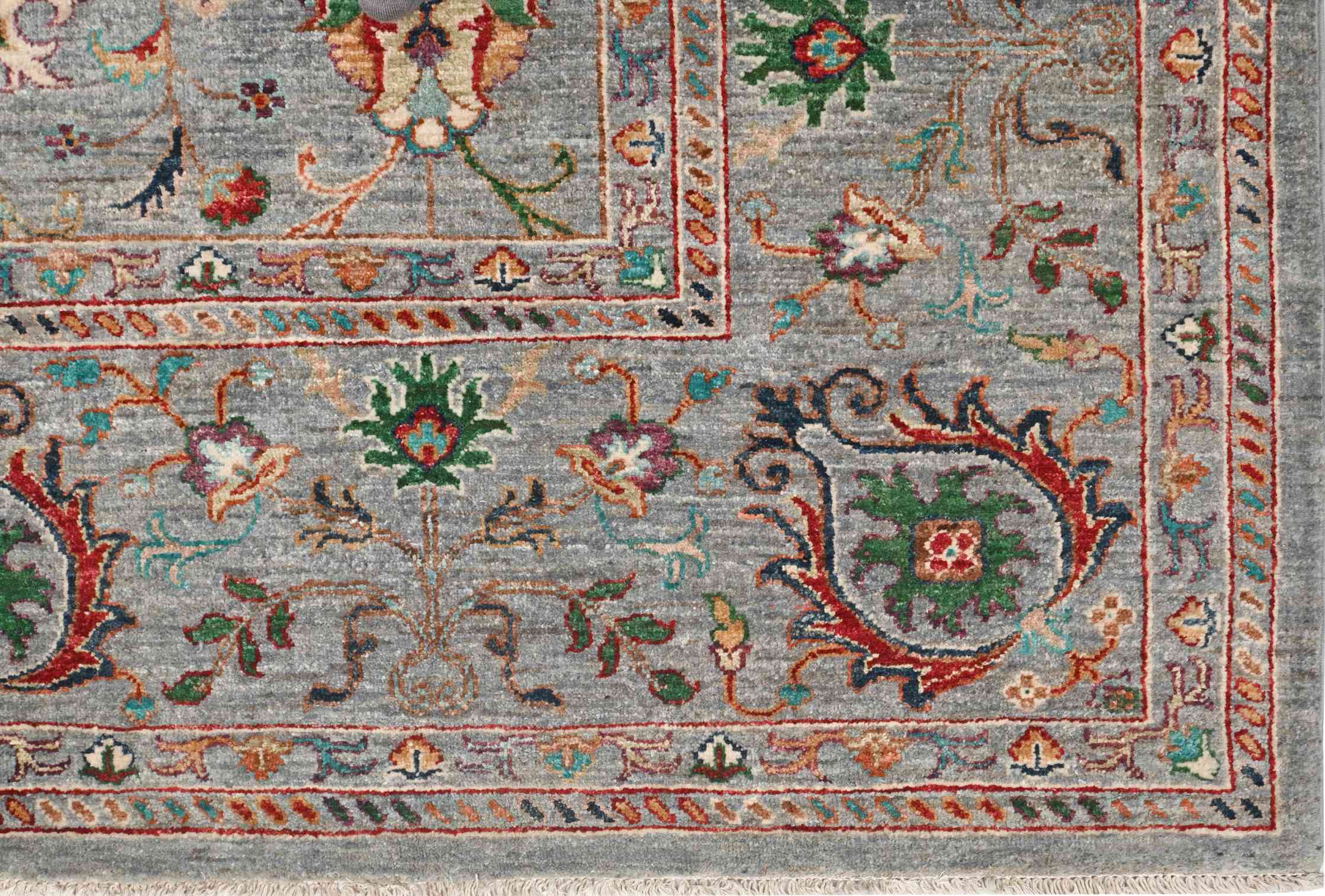 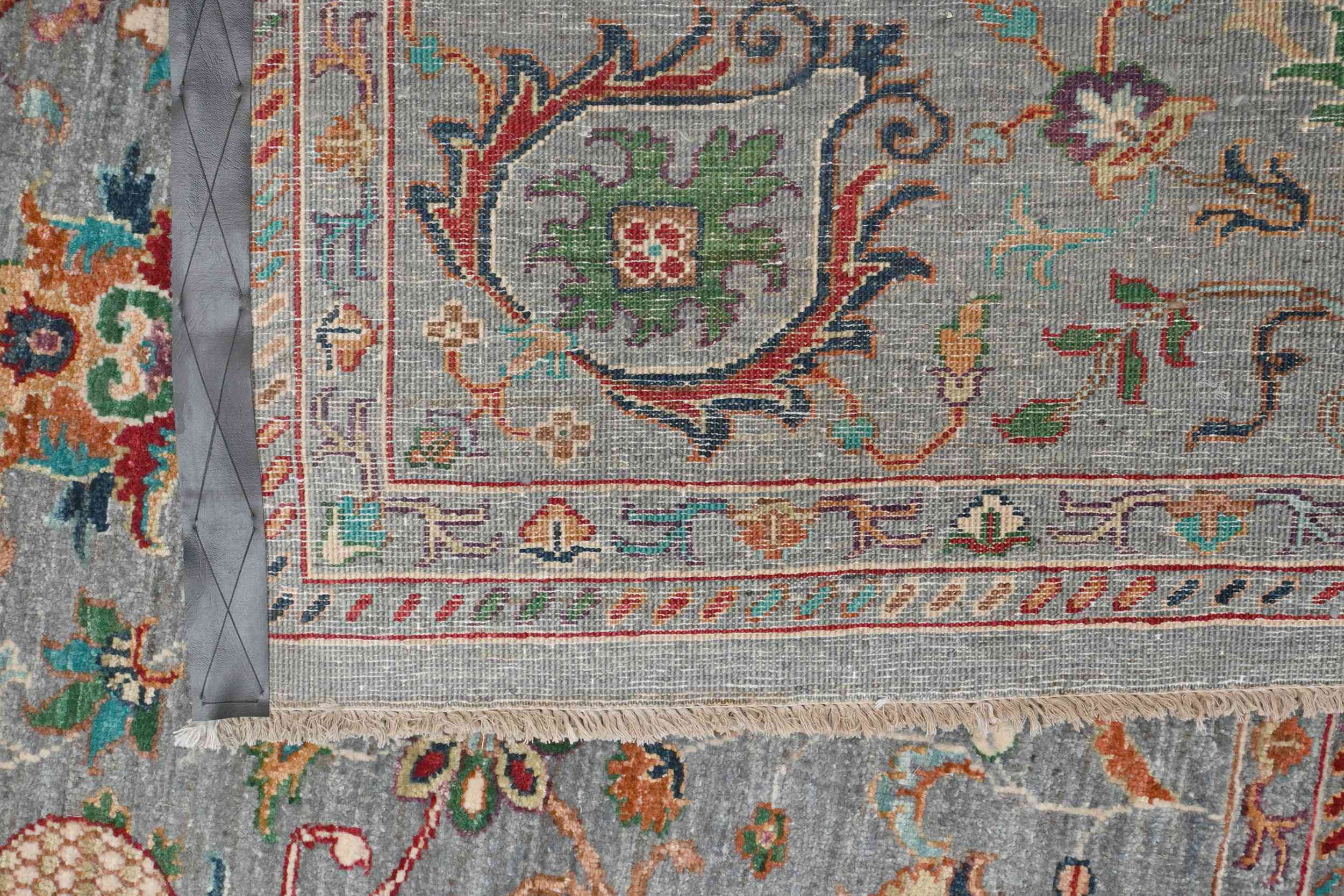 From the mid-19th-century onward, Persian Sultanabad rugs were exclusively made for the European market. They often favored the bold floral designs with spacious patterned rugs.

All rugs and carpets from this period were exclusively made with pure and natural dyes. Dark red, blue, soft green, gold, and ivory are the typical colors. However, the most popular color of the Sultanabad repertoire was a deep rose red. The red dye was created by bathing wool for two days in madder and whey after which it was scoured for nearly another two days with running water. Their warps, foundation and wefts are made of cotton. Their pile is made of wool. The wool of the Sultanabad rugs is hand spun usually from the weaver's own sheep. The rugs are woven using asymmetrical Persian knots to tie each loop one by one.

Most similar to the Sultanabads are Heriz and Serapi rugs; this similarity being attributed to the magnificent graphic character of the designs. Yet within this similarity, the line work of the Heriz/Serapis is always more curvilinear and classical. Sultanabads share with Persian rugs all-over designs of palmettes and vine scrolls, but as they use a larger, suppler weave, the Sultanabad designs tend to be larger as well. Sultanabad's have great value in any condition, often favored for their bold floral designs with spacious patterns. To learn more about iranian rugs, please visit our Persian Rugs section.