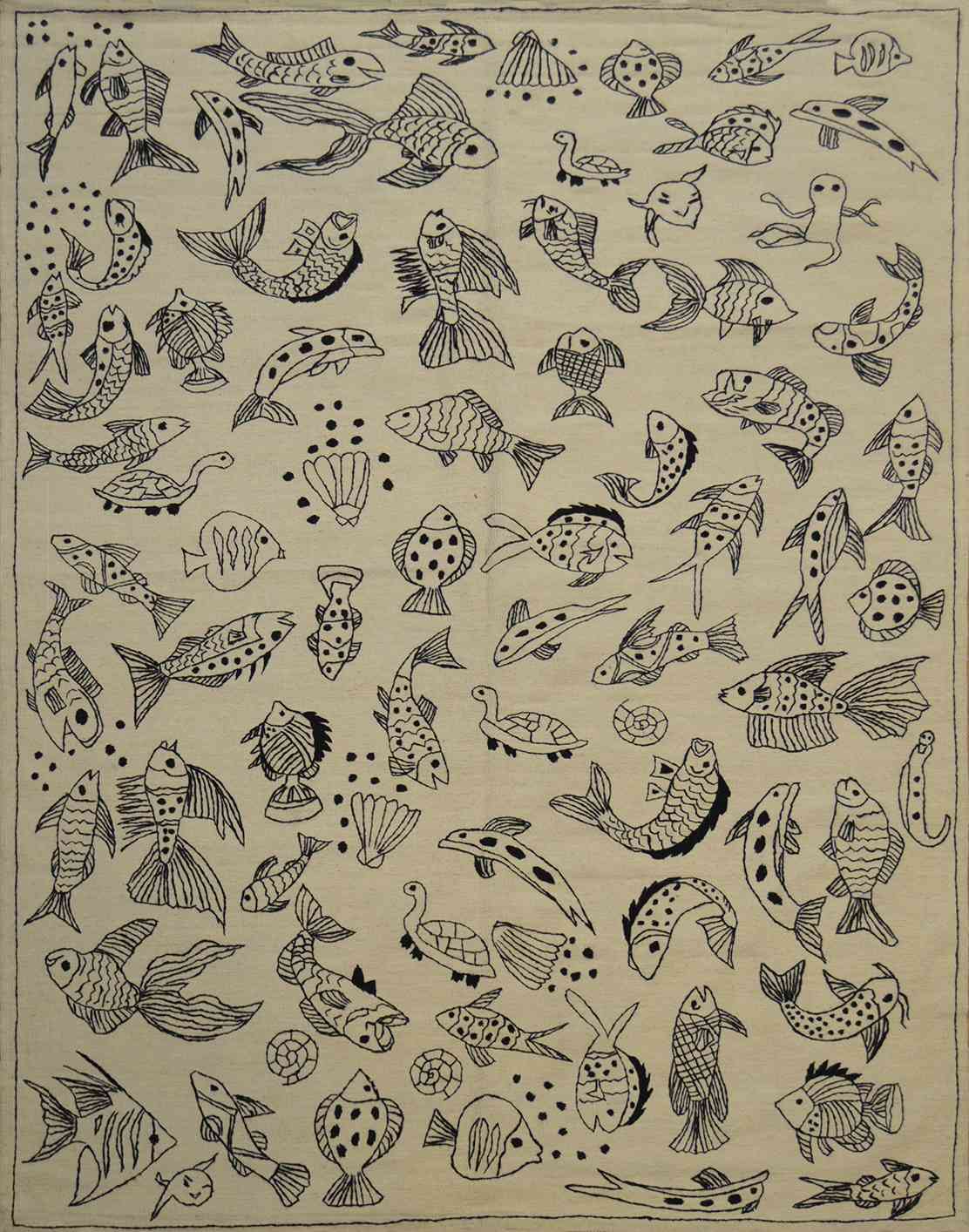 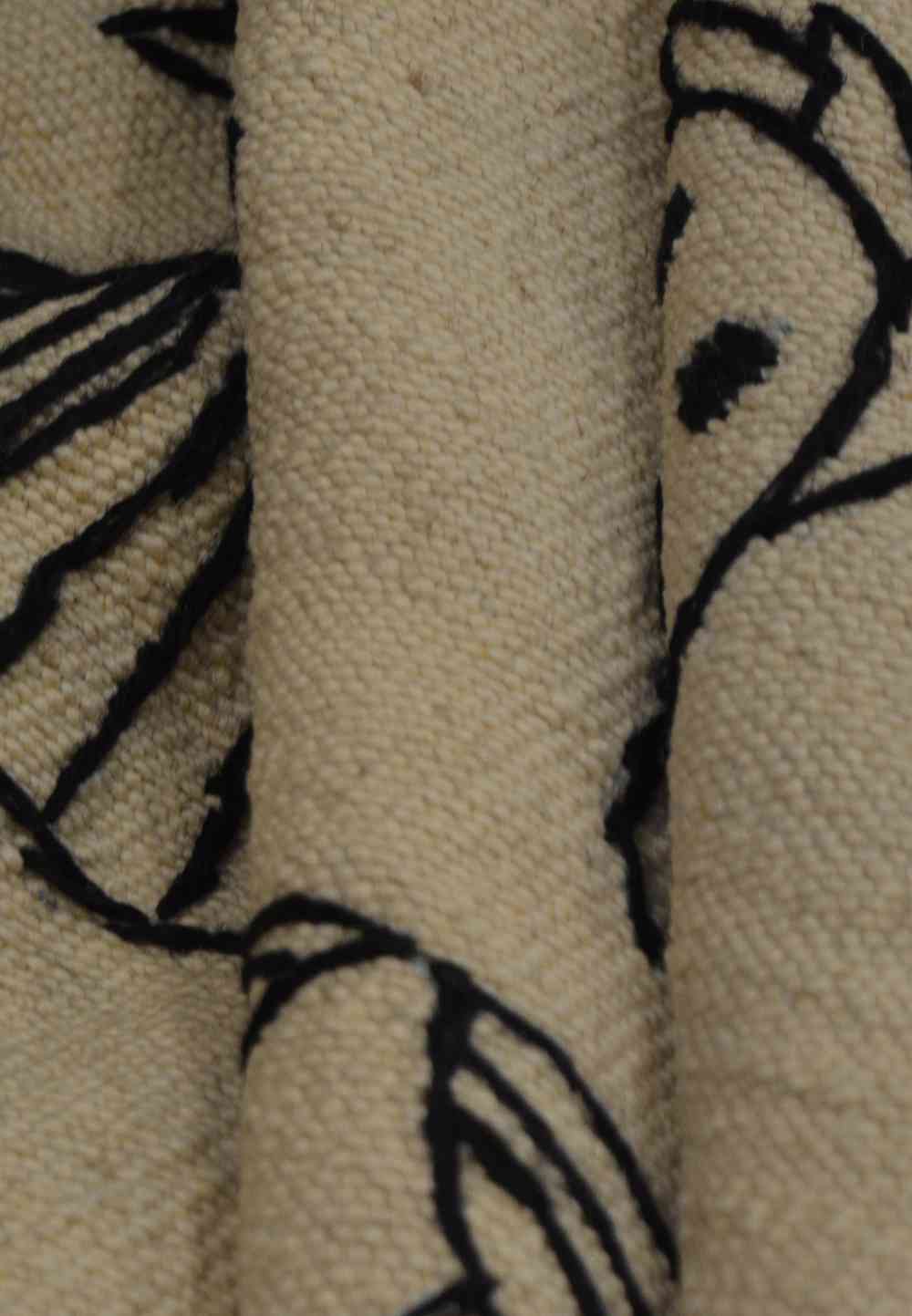 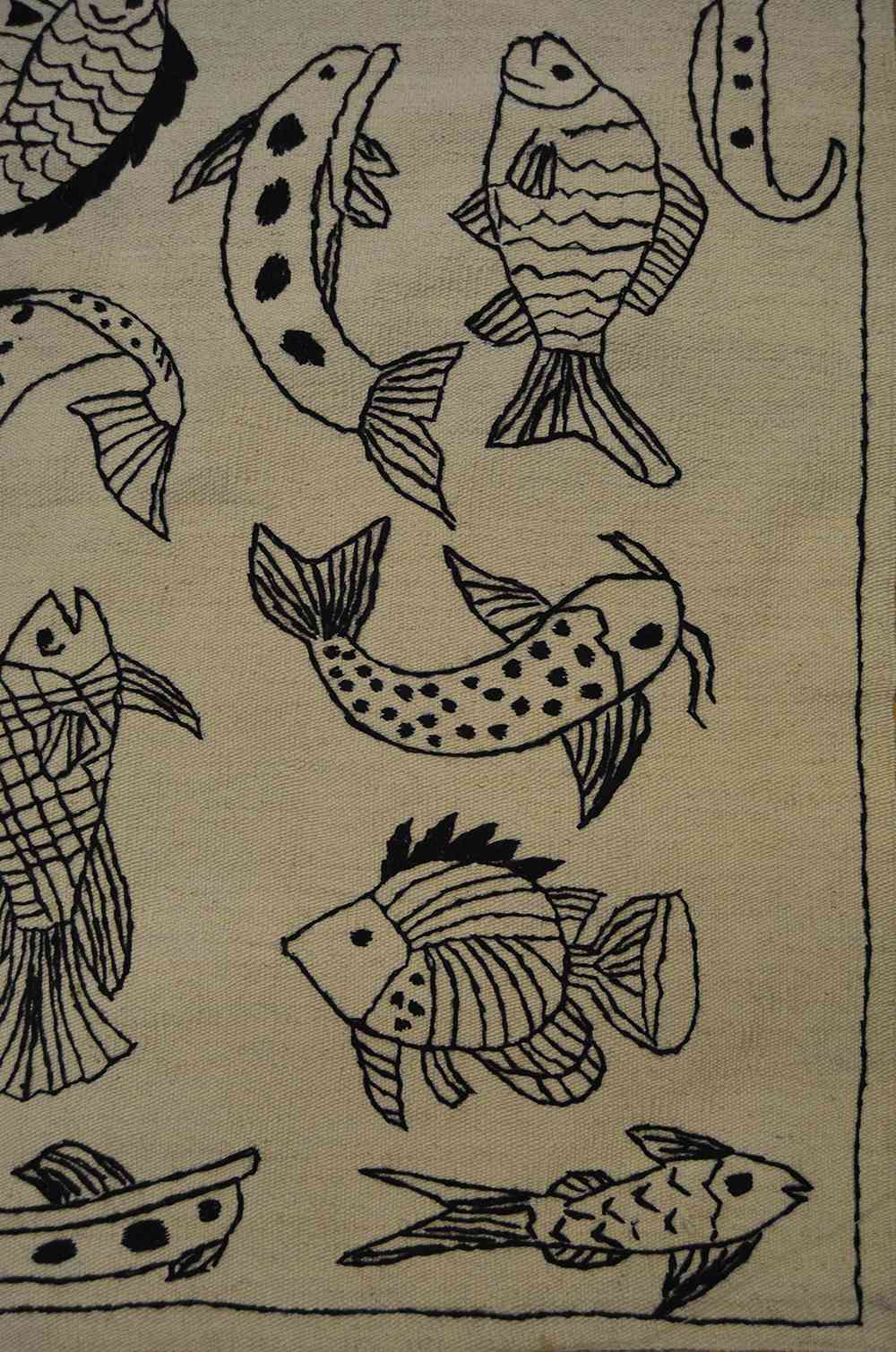 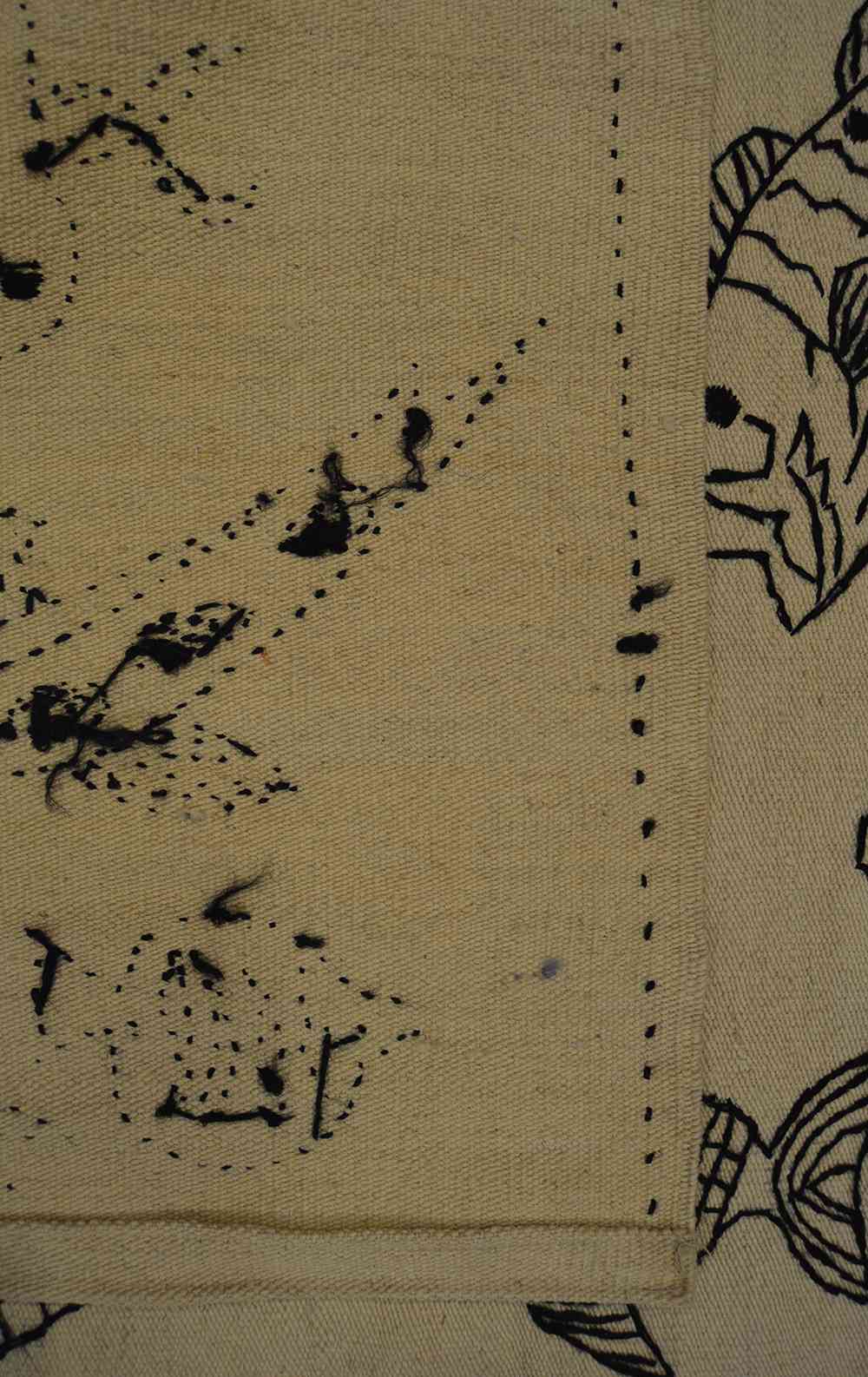 This interwoven artisanal kilim rug is one of a kind. It has been handwoven by Turkmenians from northern Afghanistan. Each thread on each one of its aquatic motifs has been carefully hand-embroidered resulting in a beautiful work of art and conversation piece. It is a playful piece that can easily be showcased in multiple rooms as either a floor rug or wall hanging bringing originality to your interior space. In fact, it can even be used as a bed cover. Its neutral color palette will dress up a wide range of spaces.