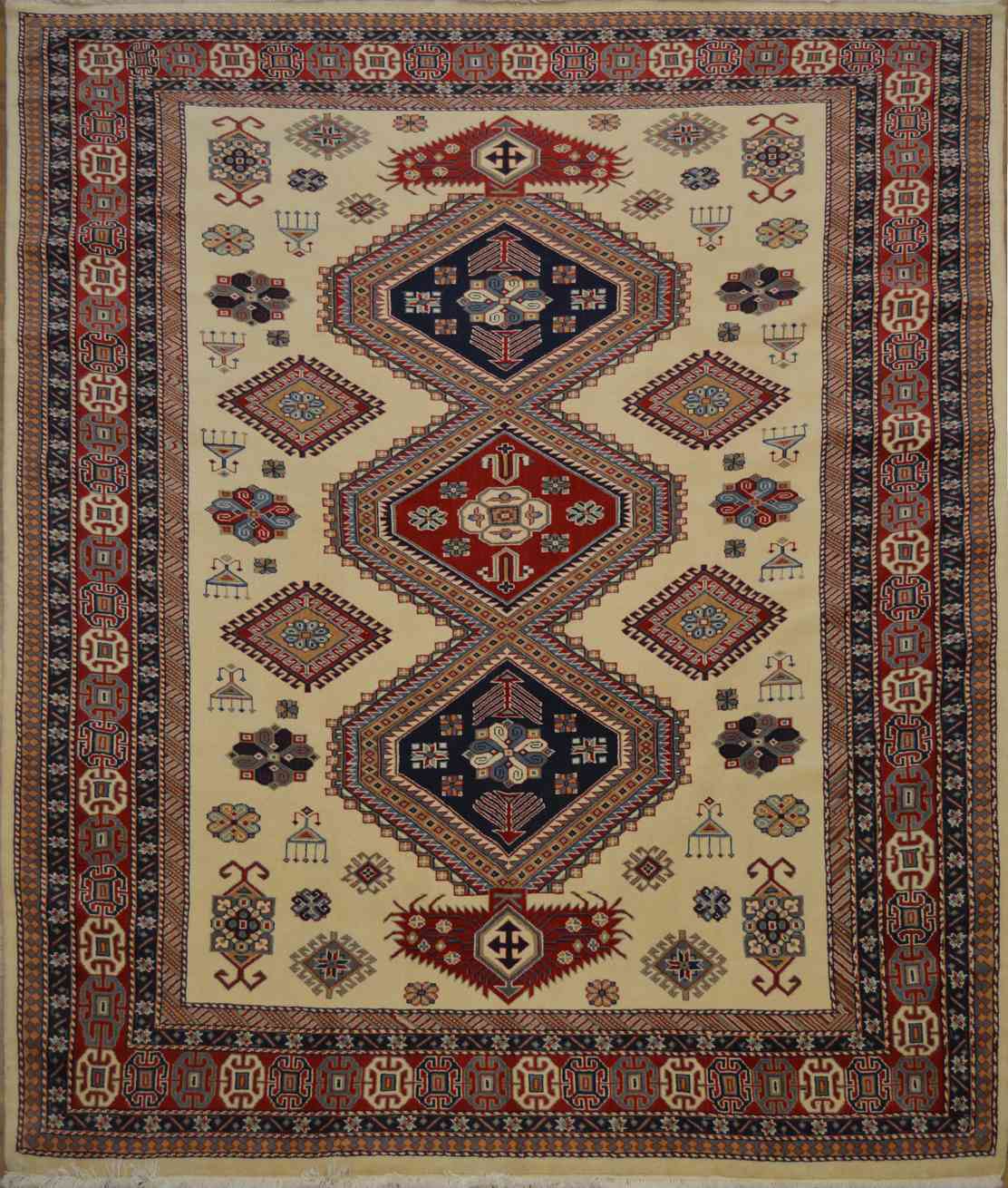 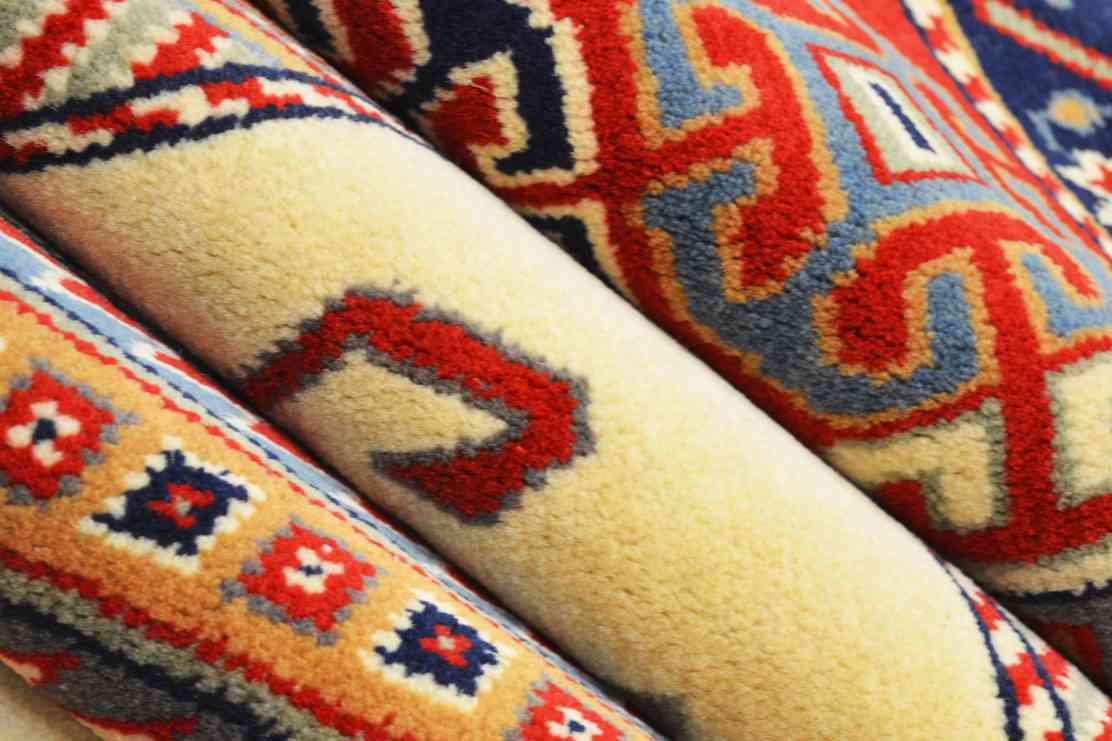 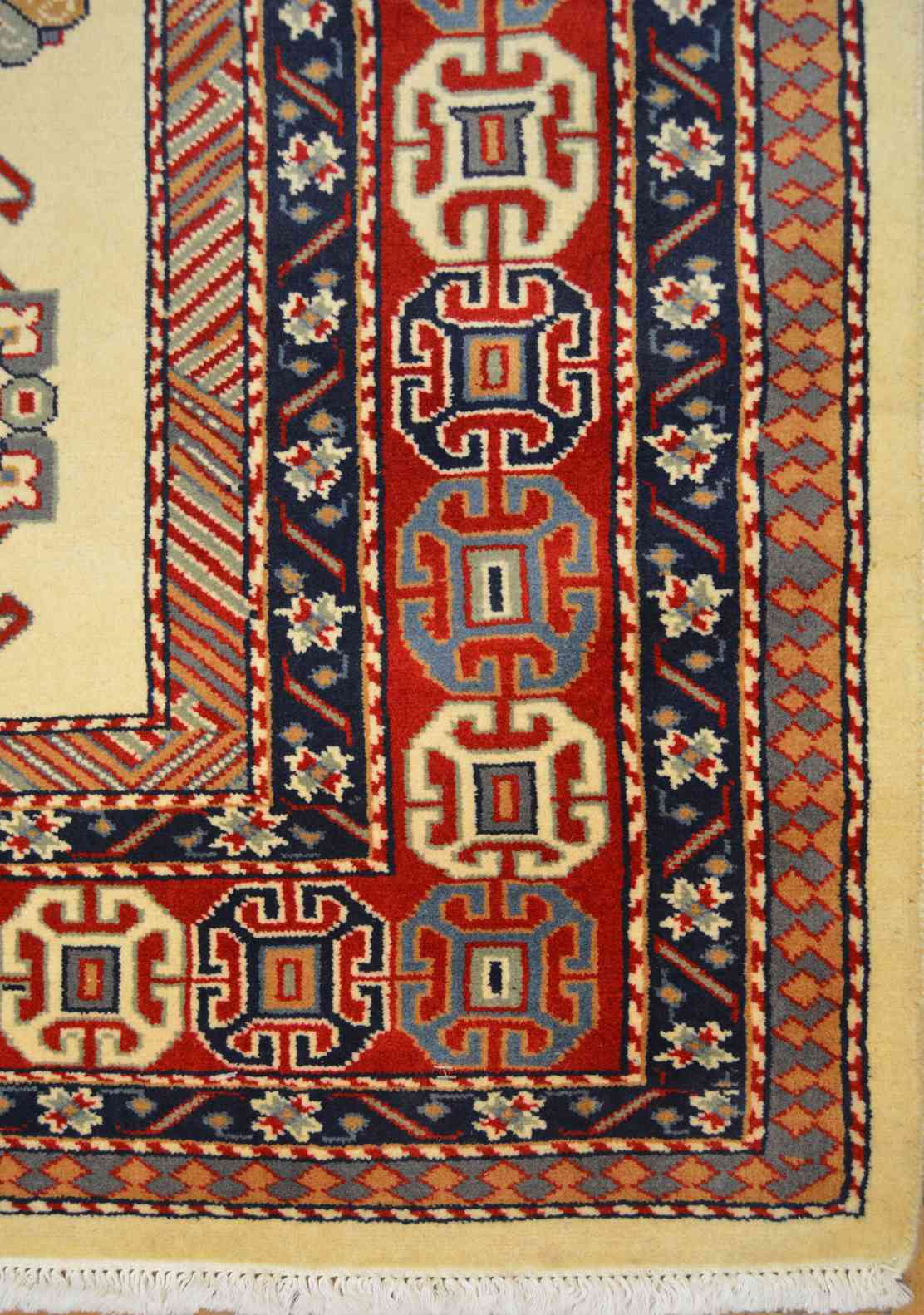 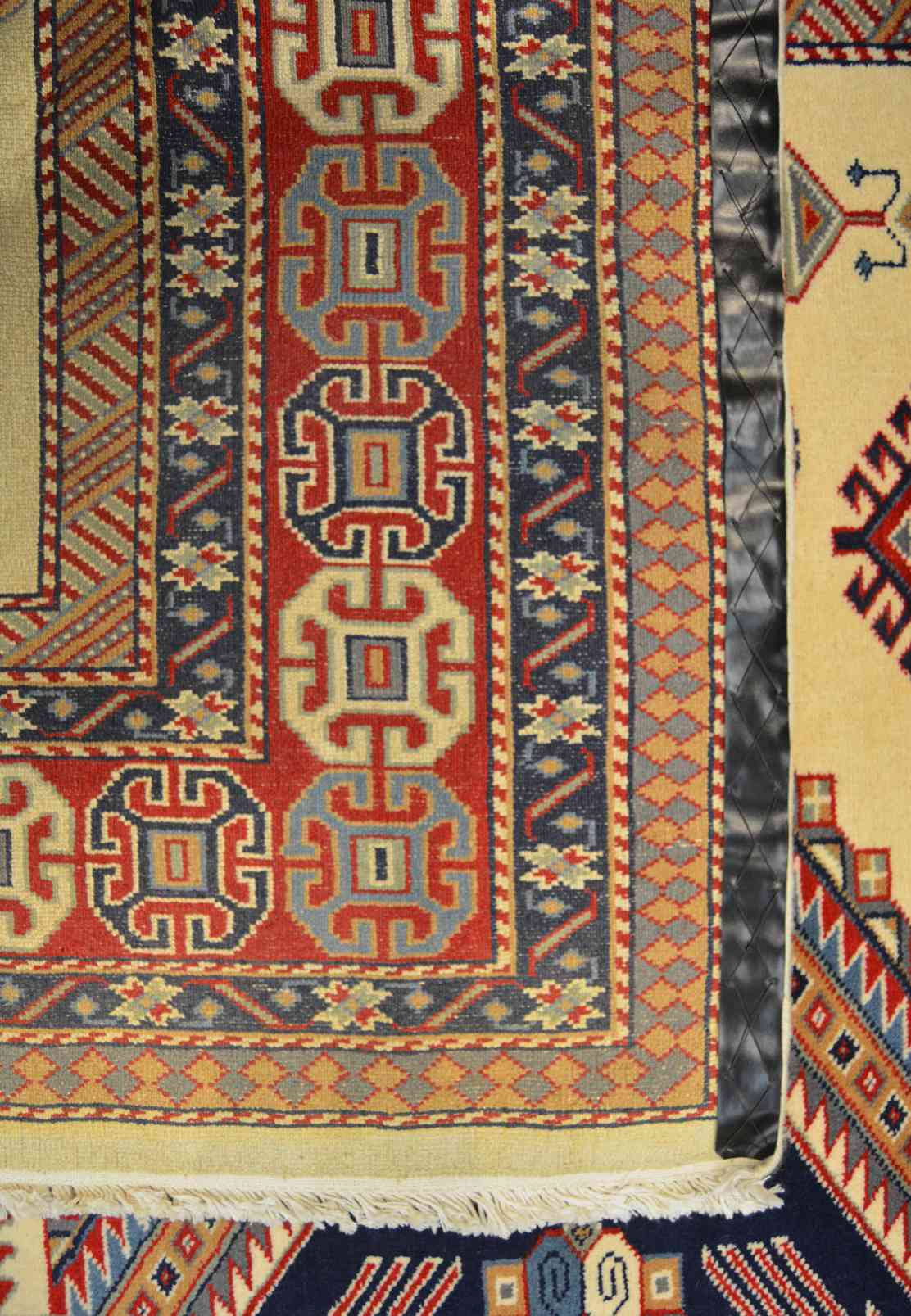 This one of a kind Kazakh rug features lively colors with a design inspired by a mix of russian and caucasian geometric motifs. It is hand-knotted in Afghanistan with pure wool and all natural dyes. Its deep stone wash gives it a glossy look and its triple border frames its overall composition.