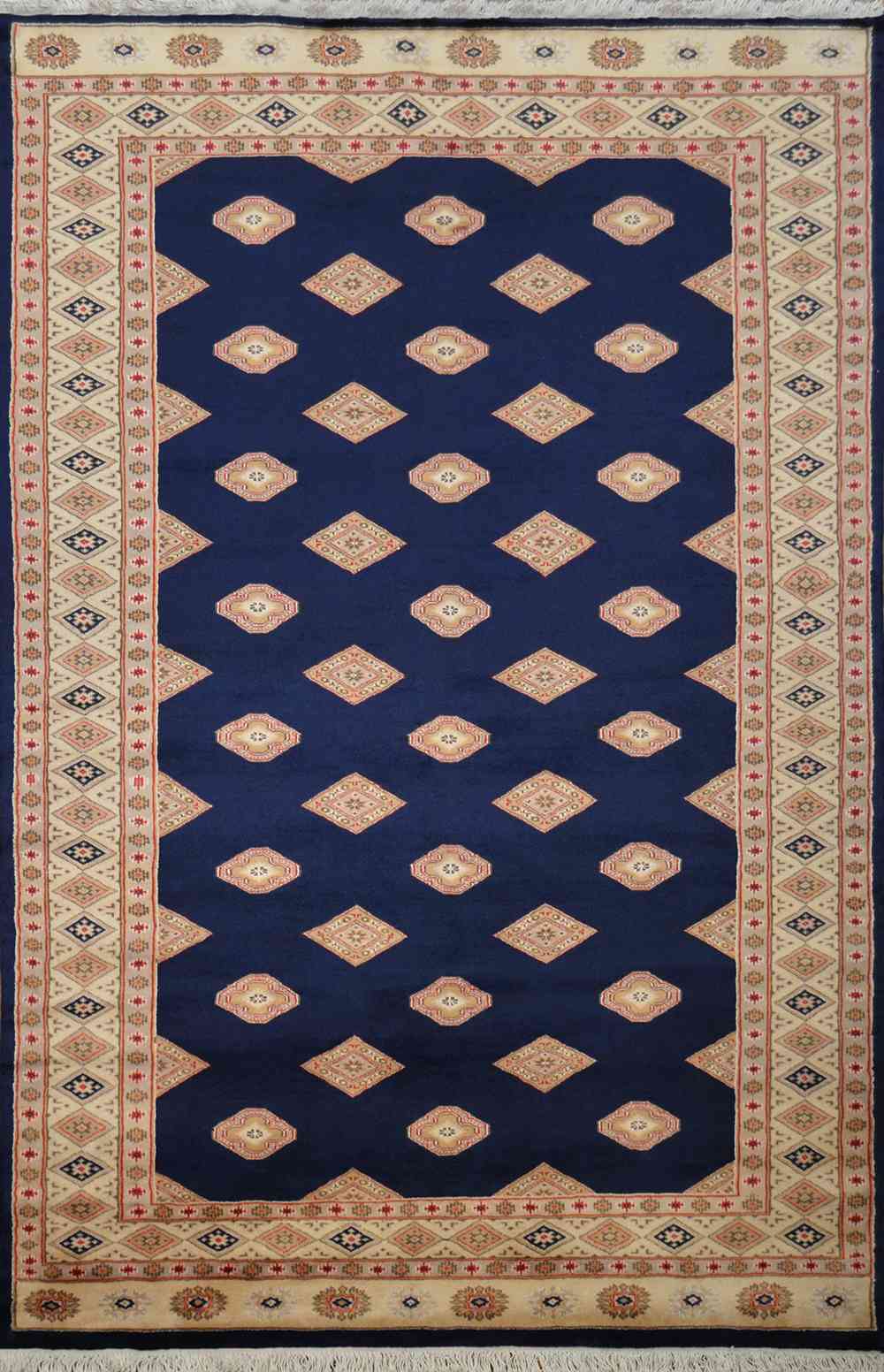 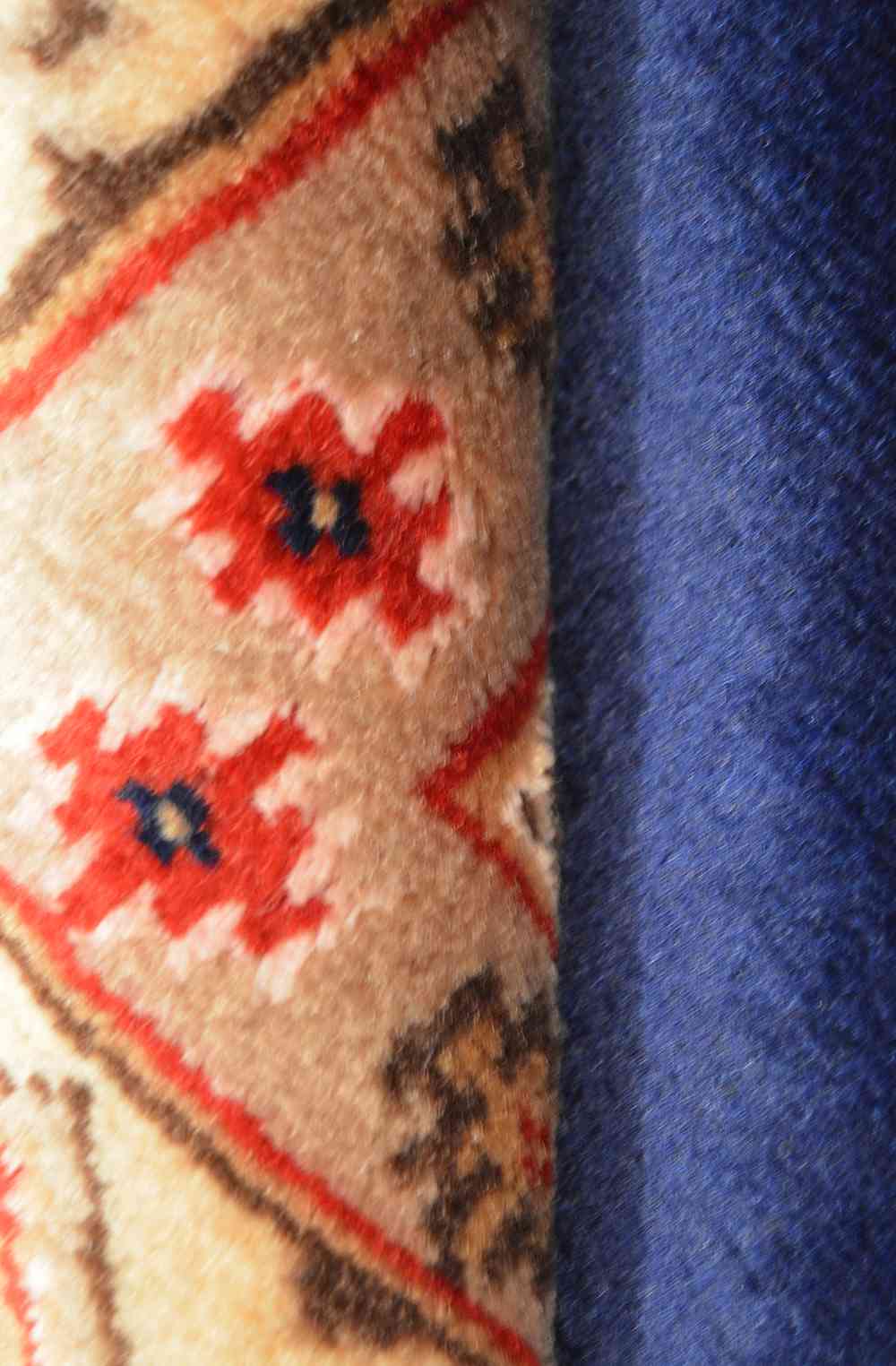 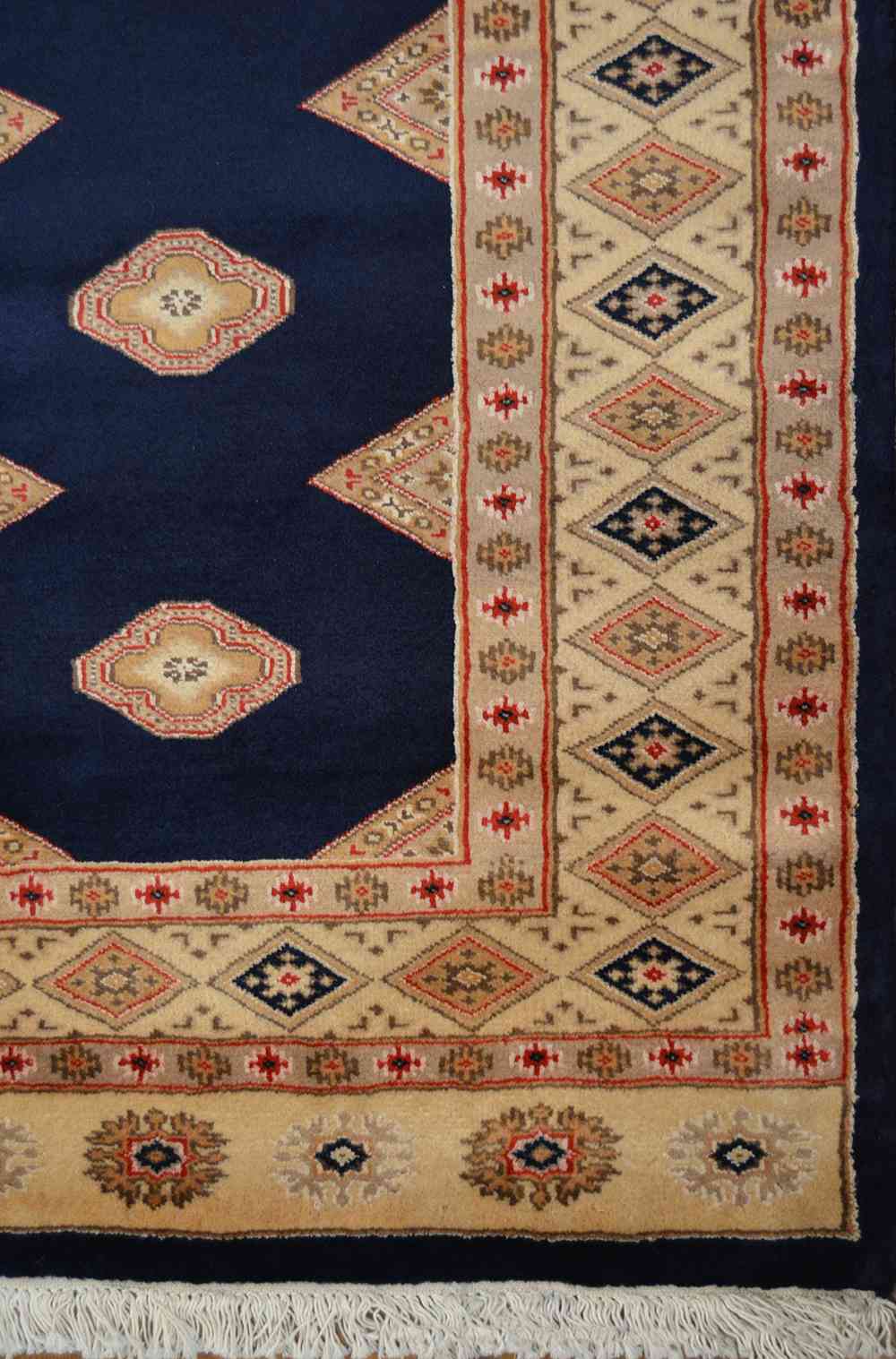 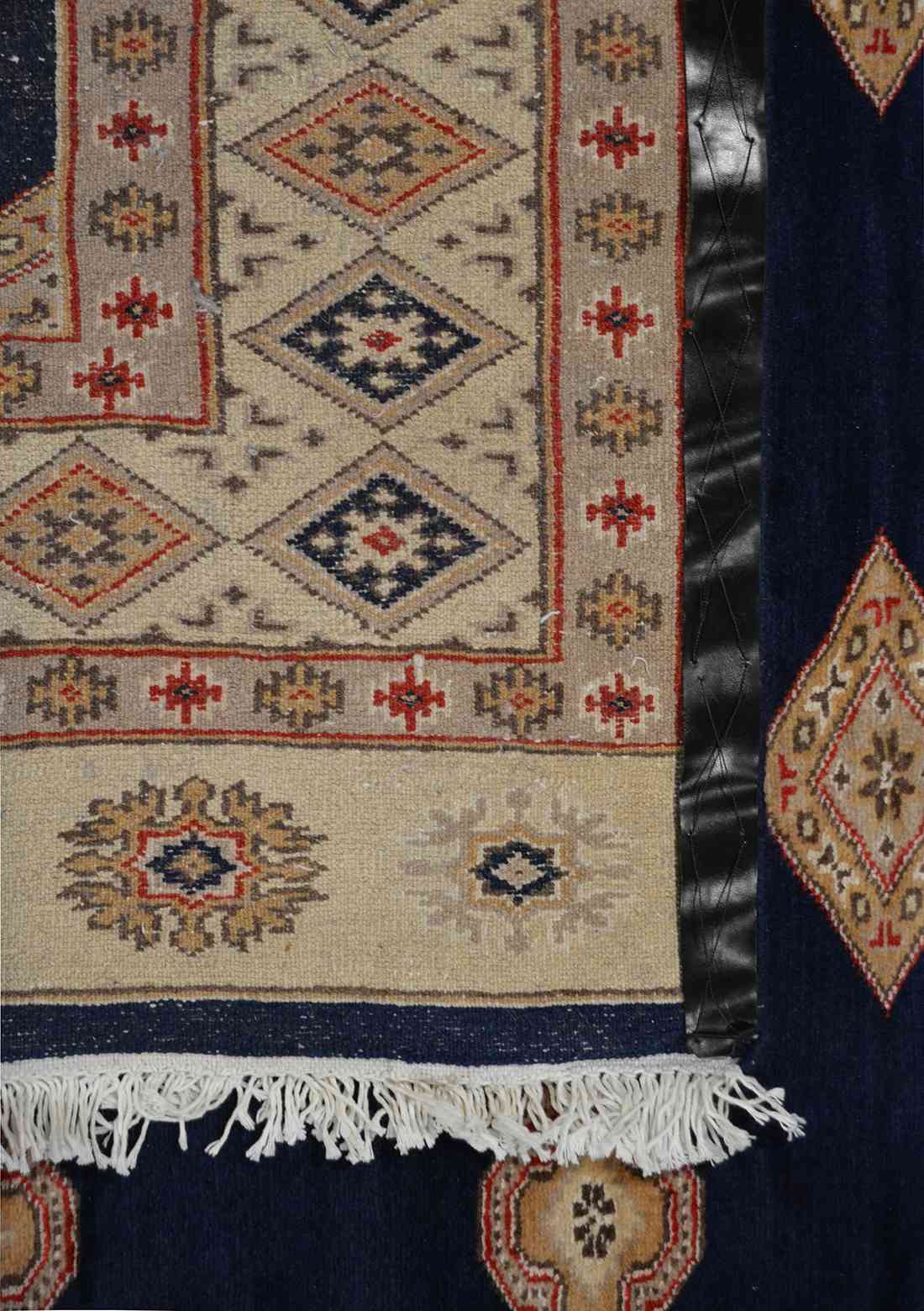 Pende Bokhara rugs contain greater repetitions of the Bokhara’s signature geometric motifs, creating a pleasingly simple and balanced appearance. They add instant character to a room while being easy to integrate, due to their repeating symmetrical patterns. This wonderfully cool-toned piece features repeating patterns of intricate, diamond shaped guls on a midnight blue field. Several layers of borders frame the symmetry of the center. Hand-knotted in pure wool by weavers in the Himalayan foothills, this brand-new Bokhara rug embodies the traditional aesthetic found in carpets from the Caucus region.